Transparency – Interview of Ito Joi, CEO of Creative Commons, by Per Bloch Andersen, published in Scenario 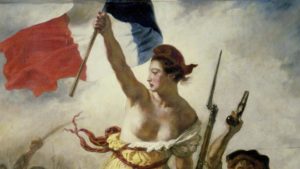 A few striking extracts from the interview:

« Personally, I share more of my own life than most people, because I have chosen a more public position. If people are going to talk about you anyway, it’s better if you can manage the conversation. That’s a life decision you have to make.

Sharing isn’t the right idea for everyone, but for me it’s more of a media strategy. Because it’s harder for people to attack you when you’re transparent. … At some level, if you look at all the politicians who get destroyed by scandals, it wouldn’t have been as damaging if they had said the things themselves. I have a blog with many articles about why I’ve invested in this company, why I did this and why I did that. So it’s very difficult for people to construct false stories, because I already have the story. And with search engines and Google, my stories are always part of the result and I’m part of the conversation. Of course, there is a huge cost, a huge complexity and a huge headache, and people attack you even if you’re being honest, but at least – at the end of the day – the worst thing that can happen to you is that everybody finds out the truth. …  If you close everything up and hide the truth, then something is made up about you, which is worse than the truth.  Sometimes it’s too late to tell the truth once everybody has labeled you. I believe there’s a huge cost, and that’s why not everybody needs to do it, but because I am an activist and involved in controversial things it’s very important for me. … I probably would be more radical if I wasn’t so public. I use to say things that I don’t say anymore, because I am now a negotiator with mainstream media, politicians… so I don’t always say everything I feel like saying. Some self-censorship happens when you become transparent. But the cost of the transparency is that your context disintegrates. A lot of my work is to defend privacy, and different people have different roles. I’ve taken a somewhat more public role, so I have to be a little bit more boring. »

« Formal education is having a very difficult time. Some children do very well in formal education and some don’t. Before, there wasn’t an alternative to formal education but now it’s quite possible, using the Internet and people you meet on the Internet to educate yourself. And there is also peer-to-peer education. …But the most important thing is that the formal system of education is based on the expensive way of educating people – printing and disseminating knowledge. It was built in a world of scarcity, but now we have abundance. You can give people access to knowledge, you can convene people for meetings, using the Internet. So we have to redesign the way we think about education and focus more on learning than on education. Because education has a lot of baggage with the word. …I personally don’t like the word education. I like to say that I love to learn, but I hate to be educated! For some people, education is the right way to learn, but I think we should create alternatives. »

« Everything has two sides, but the problem with Europe is that the strong culture and heritage creates a kind of respect for old institutions. So there is a slow speed of change and also a belief in authority. I think that whether it is education, start-ups or innovation, questioning authority and thinking for yourself are an essential part of empowerment. Questioning authority is not typical and common in the culture of Europeans and they have a lot of respect for experts, which gives these institutions a lot of power. So things tend to get centrally planned and controlled. And these institutions, the consultants and the heads of media companies and suchlike are not the ones who are going to be innovating. »

« And I think this idea of sharing and openness and open source software, even when you think about start-up companies, is about empowering people with the ability to understand their own tools, to modify and adapt their own consumption – whether it’s food or media, or whatever. And about giving people control. »